The variety of plants here is huge! So different–duh–from Colorado. Below is a picture of what I think are Birds of Paradise. These were just growing in a garden at a rest stop/gas station. There seem to be patches of well-tended foliage everywhere, though out on the savannah, in the game preserve, it doesn’t look like this.

There’s a family of hippos in one of the lakes. We saw them the first night, and they were pretty active. They have, as you can see from the picture below, BIG mouths! But they are surprisingly delicate in some ways. Their skin is tender enough to be hurt by the sun, so during the day, they spend their time in shade or in the water. At night they rest on the ground. They are the most-feared animal in the dark, because if someone happens on them by accident and startles them, their jaws can snap an animal, including humans, in two very easily. Those jaws are very powerful

We had an amazing experience with the African buffalo. We were driving to see them, and parked on a road near the top of a hill when the sun was going down. We were above the buffalo, peering at them as they moved through the bushes–and then they started up the hill right toward us, heading to wherever they were going to spend the night. We ended up surrounded by them. They were all around the vehicle, front, back and sides, babies and adults. It was wonderful. In these pictures, you can see their bodies limned by the setting sun. 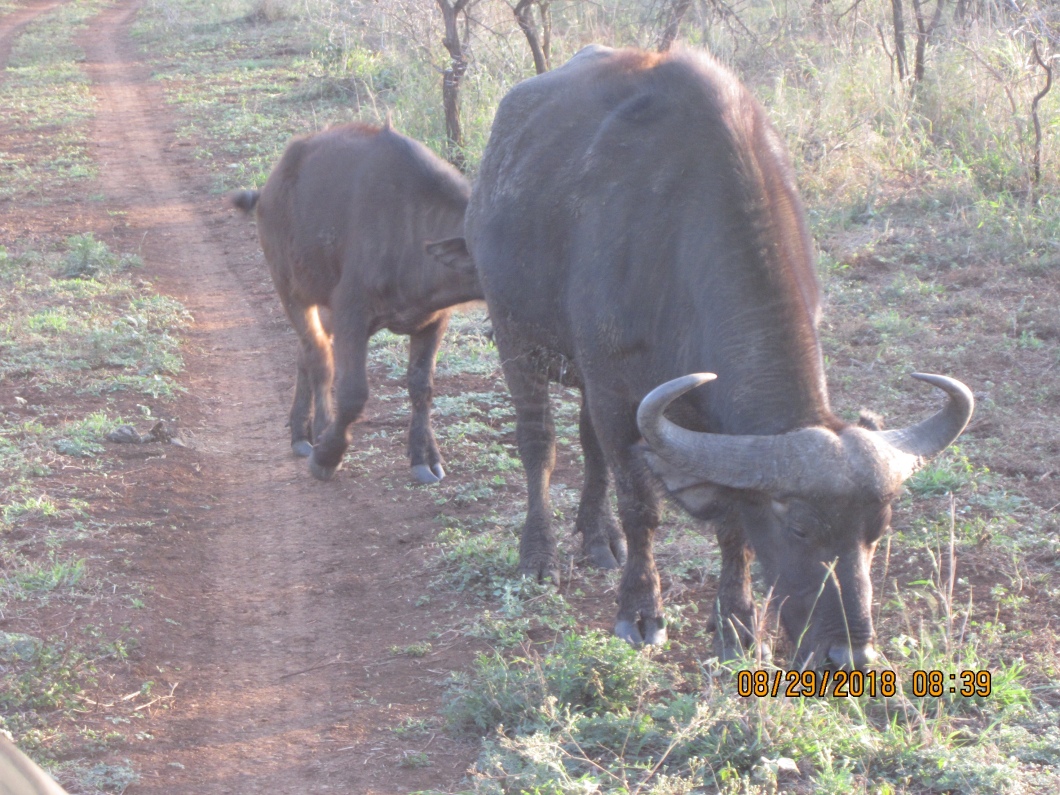 We saw cheetahs! These are two brothers who hang out together, across the fence in another game preserve. They were taking the sun, before they got too hot and ambled off to find shade. Cheetahs don’t sweat, so have no way to regulate body temperature other than by going from sun to shade.

We caught them just as the sun was getting too hot. Here’s one of them going in search of cooler temperatures.