I haven’t mentoned where we were in Africa because I wasn’t sure I should mention which game preserve we were in. Animal poaching in Africa is a big problem, so I didn’t want to publish something I shouldn’t, without confirming that it was OK to do so.

Zulu Nyala is great operation. The guy who owns it started his working life as a diamond polisher, and ended up owning his own diamond company. When the opportunities came up, he bought land, a lodge, other properties, and started a game preserve. He sells photo safari weeks through charities in the US, England and a few other countries.

Zulu Nyala is in an area that used to be called Zululand. The events after Nelson Mandela became president of South Africa in 1994 led to a lot of changes in the country, including combing areas into different provinces. This one is called KwaZulu-Natal, Place of the Zulu combined with the former area of Natal. Nyala are antelope-like animals more prevalent here than anywhere else in Africa, hence the name Zulu Nyala.

Everyone who goes there has bought the trip through a charity auction, for quite a bit cheaper than trips to the other game preserves in the area. The trip includes lodging, three quite nice meals a day and two trips into the savanna with the same group and the same ranger for the week.

We had the great good fortune to have some really interesting women in our group, and a wonderful, heartful ranger named Sizwe (pronounced approximately seez-way). I cannot say enough about him. We asked lots of questions (lots), and he answered each of them with deep knowledge, and really listened. He made sure that he looked for the animals we wanted to see.

And he shared some medical knowledge, showing us the leaves of the red spike thorn tree, used to stop diarrhea. He picked a leaf for each of us to chew–yes, it would certainly dry you up! 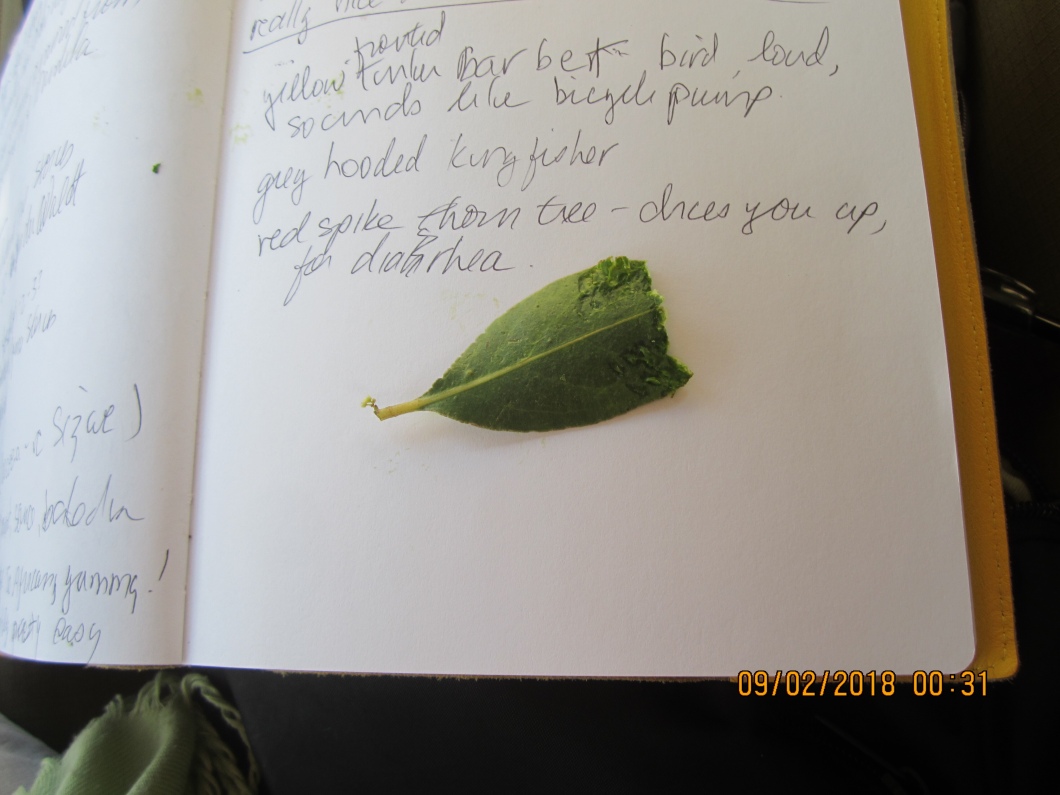 The grounds at the Heritage Lodge, where we stayed, were beautiful. Constantly tended and watered by the Zulu staff. Succulents, flowers, trees, grasses, very wide variety of foliage. Really beautiful, and very different from the surrounding savannah. 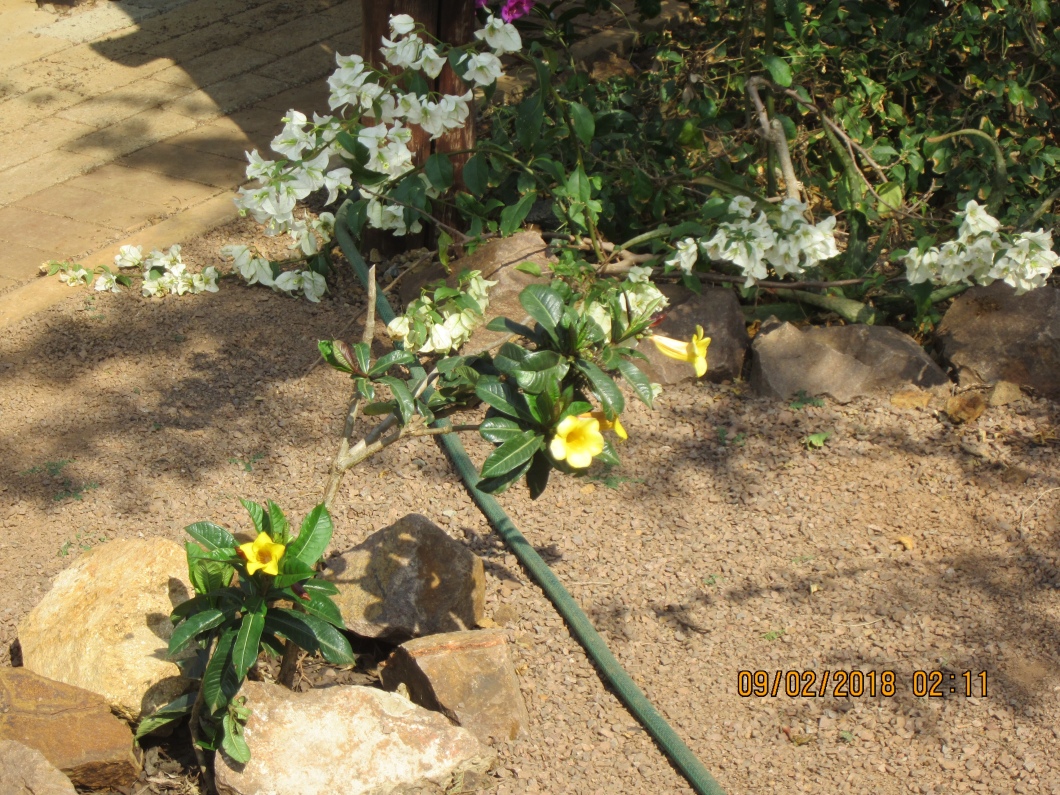 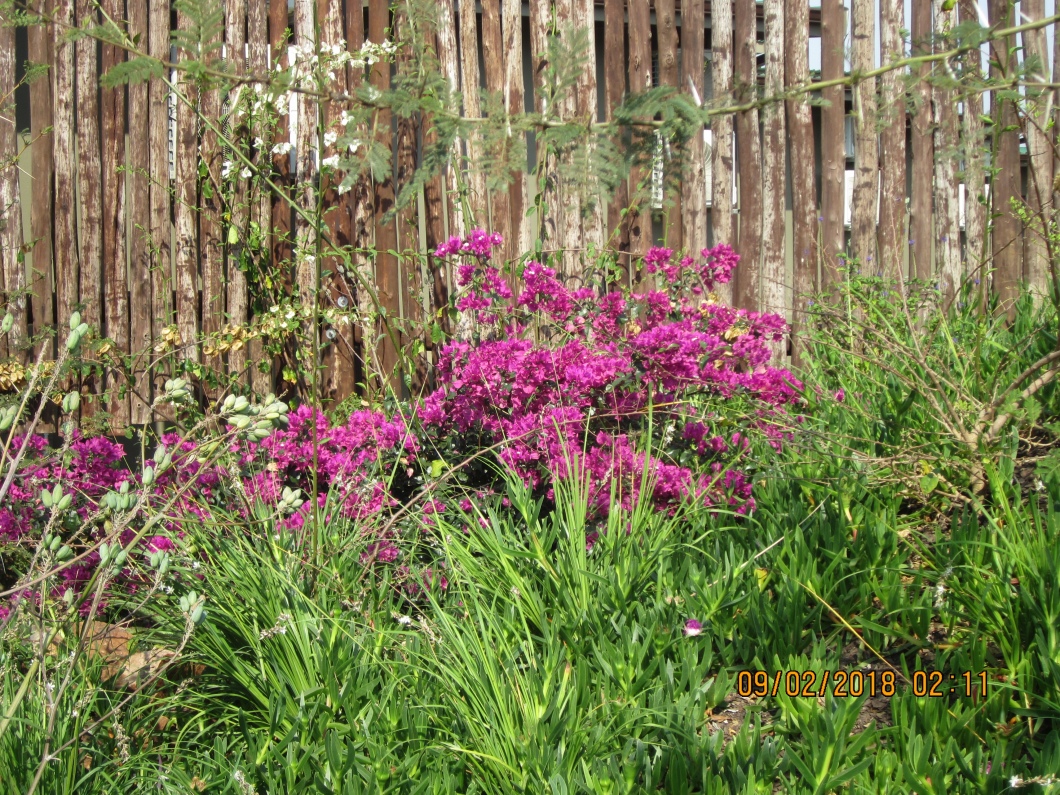 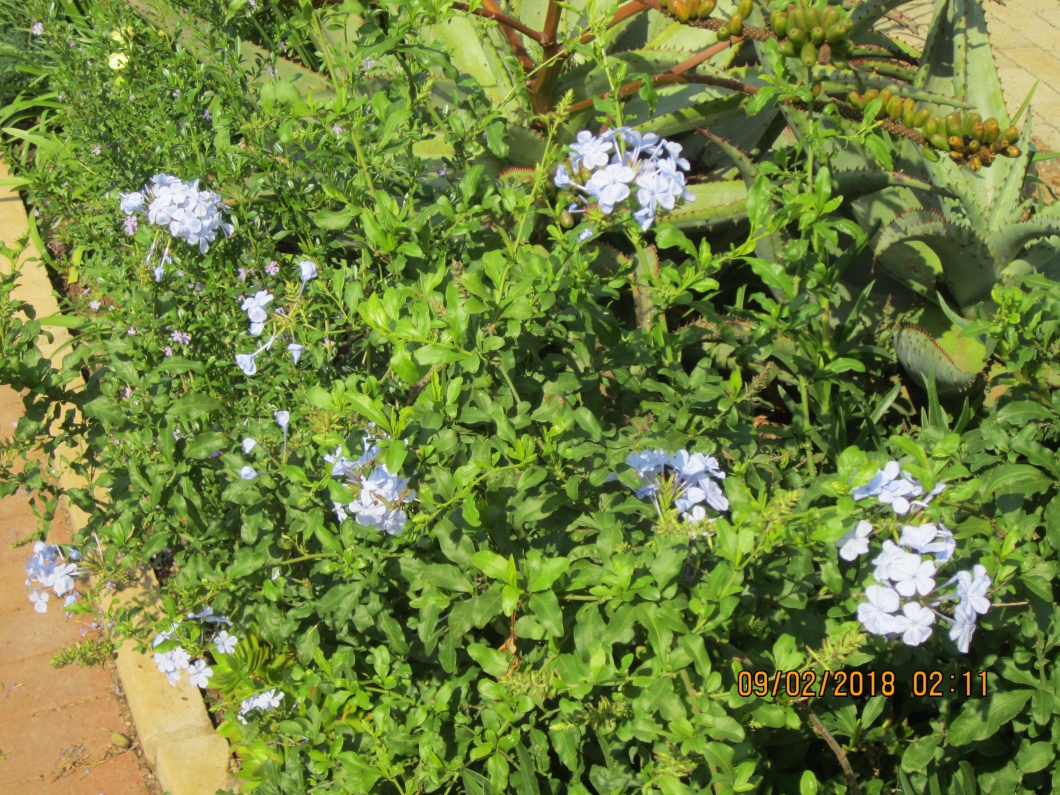 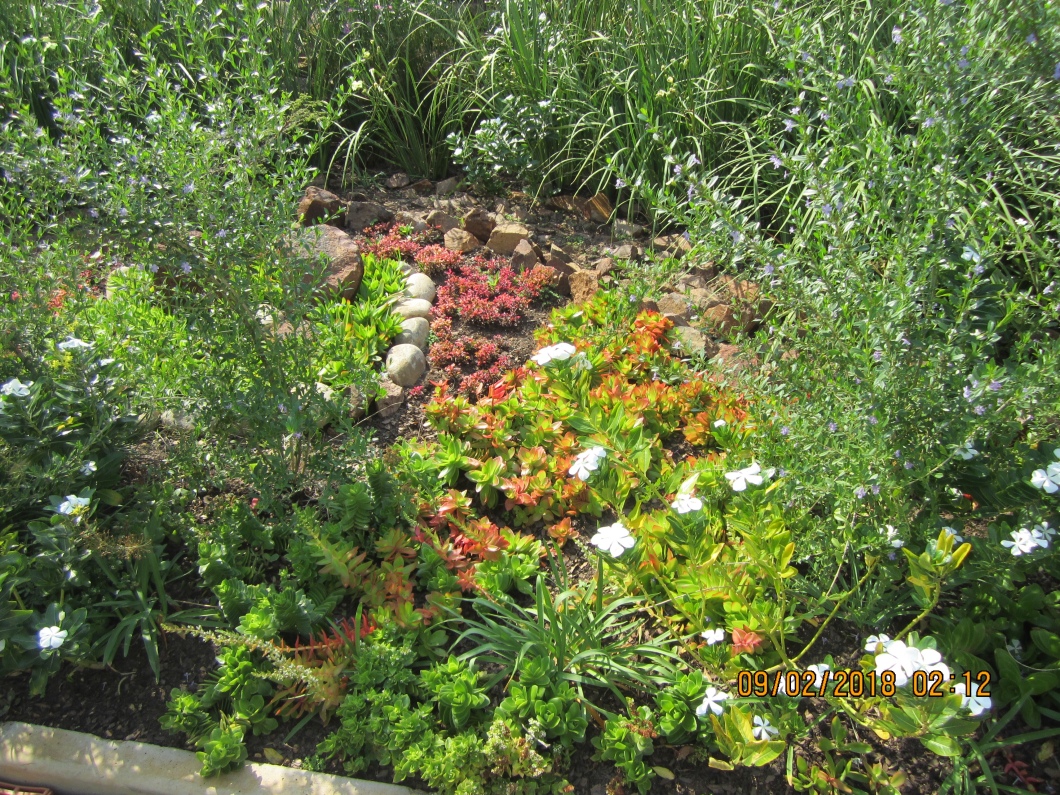 Lots of trees too, some of which are used by the weaver birds for their nests. They’re called weaver birds because the males weave their nests from materials such as shredded palm fronds. They are very busy and consequently very noisy. The birds are a bright yellow, but they move so fast it was hard to get a picture of one. They like to build in areas with crocodiles, preferably in trees hanging over the water the crocs are in! 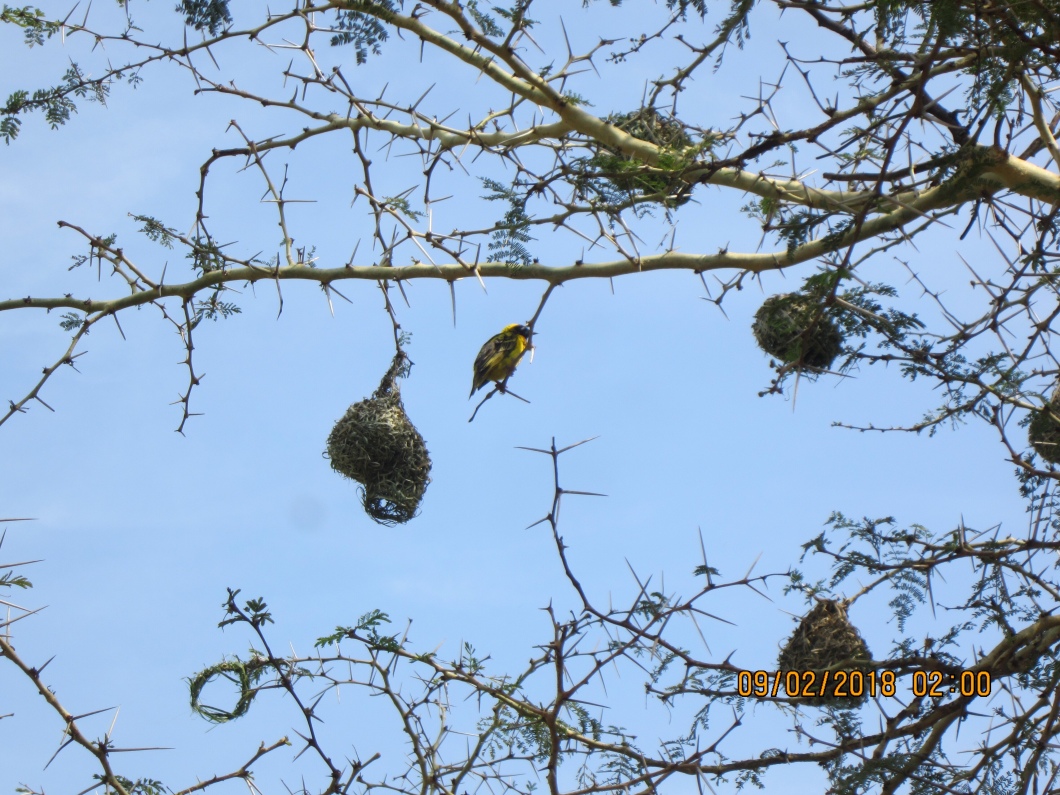 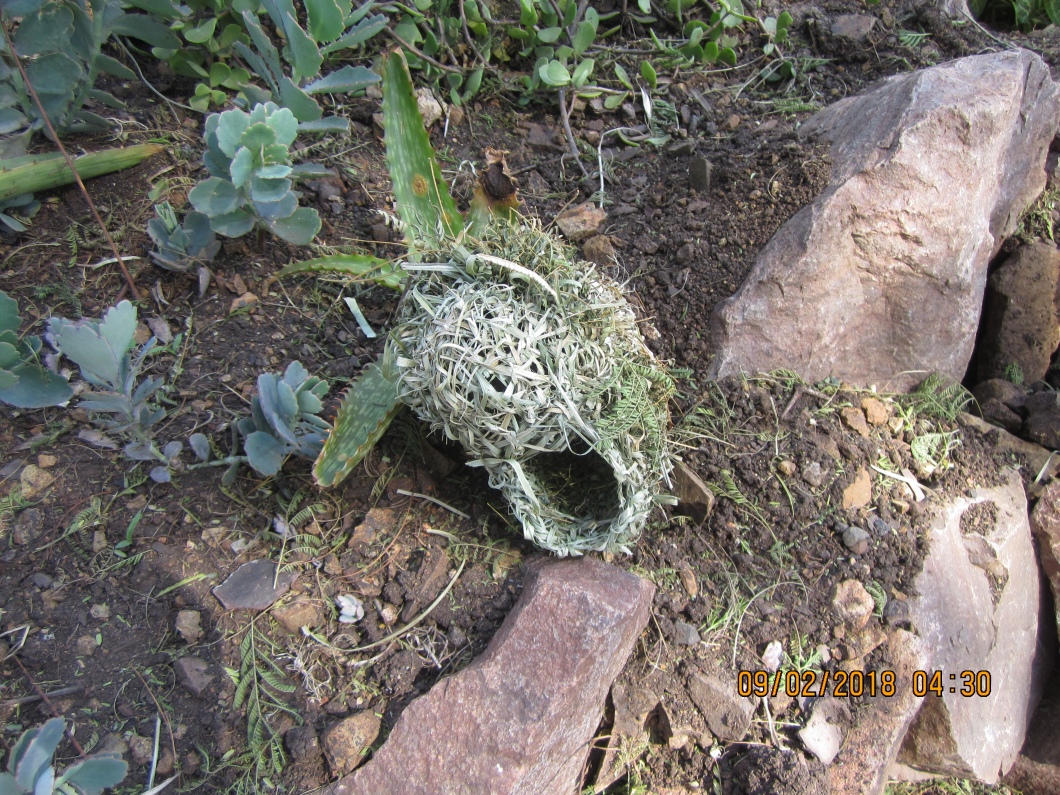 The grounds are a great walk if you want to stretch your legs and be on solid ground–the trucks are not exactly luxury vehicles! You can be a bit stiff at the end of a day of having experienced what Sizwe called the “African massage”. But the beds were comfortable, the staff friendly and patient with our attempts to learn some Zulu words, and at meals we met people from all over the U.S. and several other countries. I’d recommend Zulu Nyala to anyone.