The only place I’d been to in Ireland is Dublin, so a trip to the west coast on the Atlantic has been an eye-opener. I don’t know if the weather is always this way, but the last week was wild. Lashing rain, fierce winds, even some snow. And, for one day, bright sun. It’s kind of like Colorado, except wetter. Lots wetter. Lots.

I landed in Heathrow, met up with my friend Jane, and caught Aer Lingus to Shannon Airport. We rented a car from there, and drove to the little town of Lisdoonvarna. It’s a tourist town in the summer, being so close to the coast, but the season is just getting started, so it was pretty quiet. We were there for a Hedgewise Festival organized by mythologist/therapist Sharon Blackie. It took place at Boghill Conference Centre, which is aptly named.

We had a day or two on either side of the festival, so we went exploring.

This part of the country is called the Burren. The burren is many square miles of flat rock, limestone that was originally formed at the bottom of a sea, then uplifted. It’s said that JRR Tolkien based Mordor on the burren, and I can see why. It is pretty desolate, and it goes on for miles, from inland to the sea, along a wide swath of the coast. The whole area is very striking, and is apparently the best example of this sort of landscape in the world. The Burren is very striking, the sea of stone going into the sea of water.

The bigger stones are erratics left over from retreating glaciers.

When humans first came, 8000 to 7000 BCE, this area was covered in trees. But the people cut all the trees down and farmed the land. Without the trees, the topsoil was weathered down to just the limestone, so farming is no longer a possibility. It’s pastureland for sheep and cattle now.

Water has worn paths into the stone, making interesting patterns. The channels are called grikes, the upraised parts are called clints. So below are clints and grikes. Walking across the stones requires concentration. Stepping into a grike could really twist your ankle, because they are quite deep. It was hard to see with the vegetation that grown up, but they seem to be around a foot deep in places.

The area is home to many of these Megalithic dolmen/portal tombs. The fact that they are still standing is evidence of how heavy they are, having not been blown down by the howling winds. We talked with the ranger for this national park for about a half hour–I think he was lonely. He told us of the vandalism that happens, with people spraypainting the stones, getting up on top to take picture to post to social media, etc. I have to say I don’t understand that behavior, defacing something that is eons old just to make your tiny, speck-in-time mark. 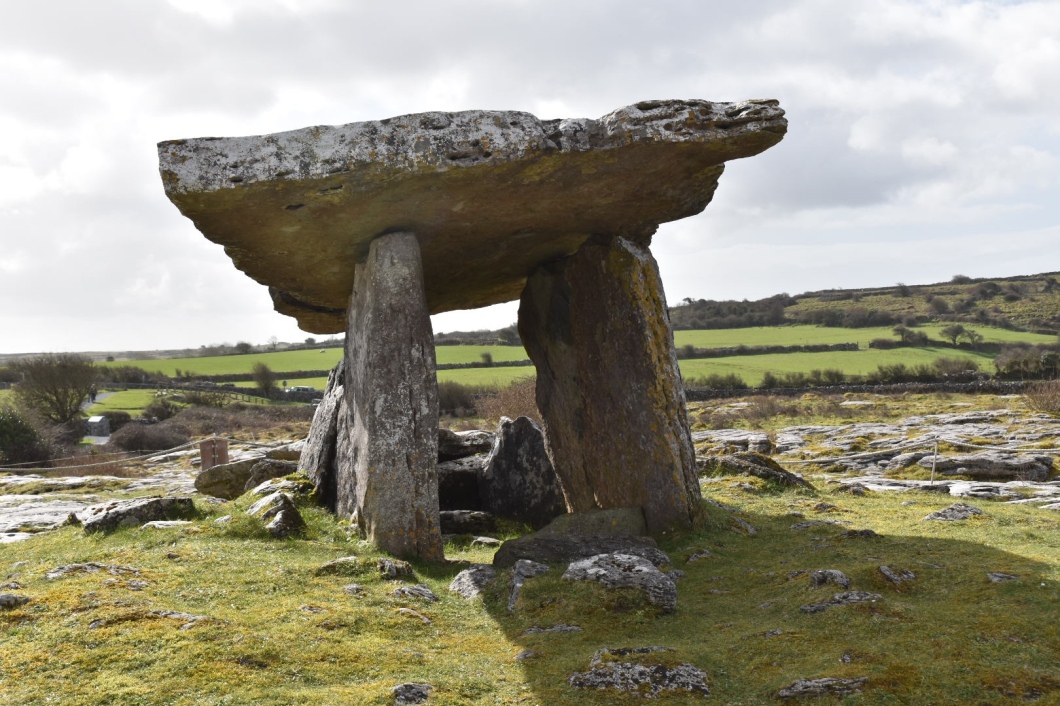 My friend Jane and I, taken by another guest to the area. People do that all over, absolutely lovely. It was colder than it looks. Jane and I met at a storytelling course at Emerson College in the UK, the same one where I’m doing the 3-month course. 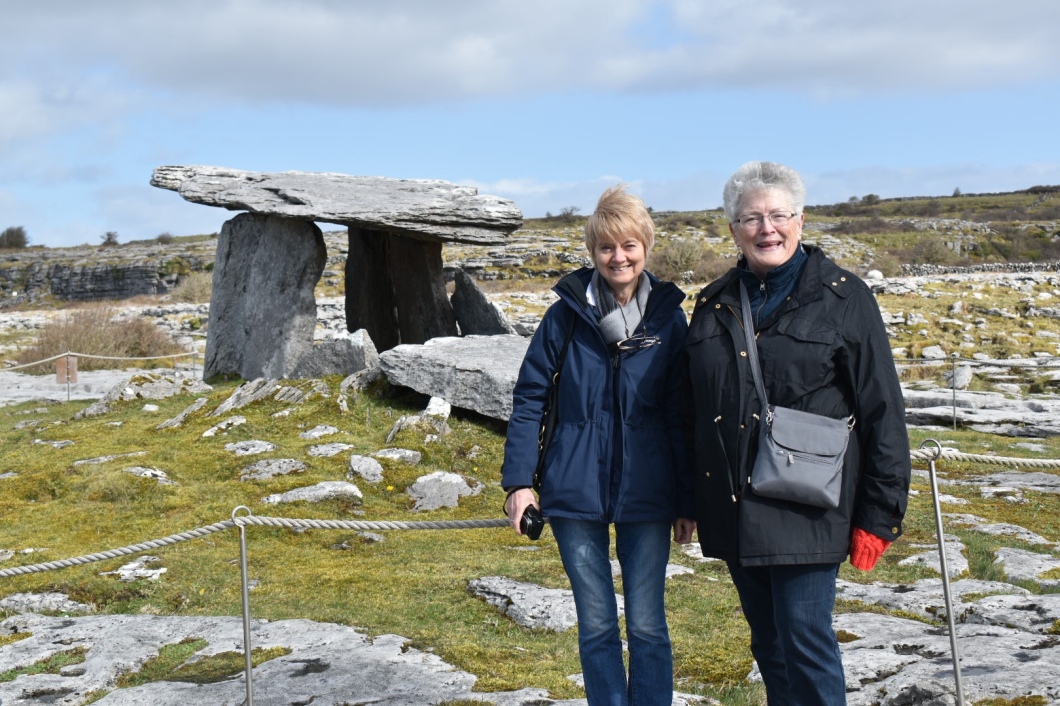